This repaint, which requires the Microsoft Local Legends #5 (Beechcraft Model 18) product to be installed, depicts the restored Beechcraft Expeditor Mk.3NM c/n CA-104, registered as N7185 to Pacific Aerostar LLC in Sonoma, California. The aircraft is painted in the markings of a...

This repaint, which requires the Microsoft Local Legends #5 (Beechcraft Model 18) product to be installed, depicts the restored Beechcraft Expeditor Mk.3NM c/n CA-104, registered as N7185 to Pacific Aerostar LLC in Sonoma, California. The aircraft is painted in the markings of a US Marine Corps Beech SNB-5/UC-45J stationed at MCAS El Toro, circa the 1950s and 60s.

This aircraft was originally built by Beechcraft as an Expeditor Mk.3NM navigational trainer for the Royal Canadian Air Force, and delivered to the RCAF at North Bay, Ontario in March 1952. Assigned the RCAF serial number 1504, it served at a number of Canadian air bases including Cold Lake, Bagotville, Chatham, Rockcliffe, Dunnville, Winnepeg, and Portage, before being placed into storage at Saskatoon in November 1966. It was sold surplus to Hamilton Aircraft Co. Inc. of Tuscon, AZ in July 1968 with 6,116 hrs total-time. After passing through a few more civilian owners, the aircraft wound up being used as a drug runner in the mid 1970s, flying several trips between Mexico and Nevada, before it was later used in sting operations for federal agents. By 1980, the aircraft's civilian registration was revoked, and it ended up stored in a backyard in Compton, CA for a number of years. It was acquired by Lee Cameron in 1996, who set about restoring the Expeditor to flying condition, and the restoration continued when Casey Aircraft Services of Woodlands, TX acquired it in 1998. The restoration was completed in 2002, with the aircraft painted in the DayGlo-orange and white color scheme of a US Marine Corps Beech SNB-5/UC-45J stationed at MCAS El Toro in the 1950s and 60s. In 2010, the aircraft was sold to Scott Rozzell of Houston, TX, and in 2021 it was sold to its current owner, Dean Thomas (Pacific Aerostar LLC) of Sonoma, CA. During this time the aircraft has been repainted at least once, but has retained the same Marine Corps paint scheme. The aircraft was featured in the May/June 2016 issue of Warbird Digest, the 2011 Ghosts Calendar (Nov.), was the subject of a die-cast model, and has been seen at EAA AirVenture Oshkosh many years.

Do you enjoy this submission?
Your donation to support the creator is appreciated!
This file has been scanned for viruses and is safe to download.
More Uploads by Bomber12th 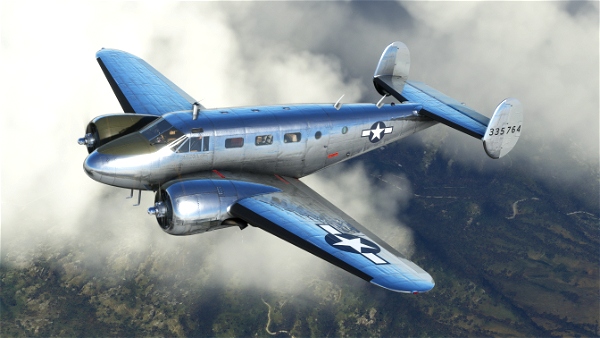 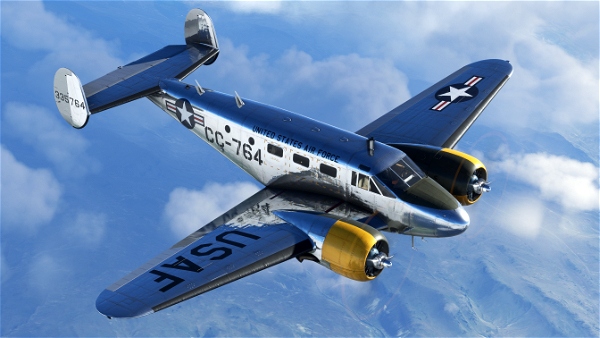 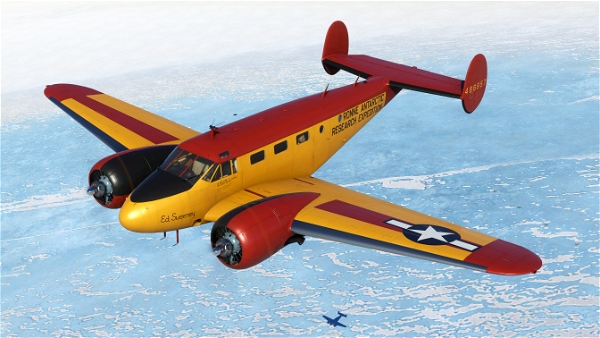 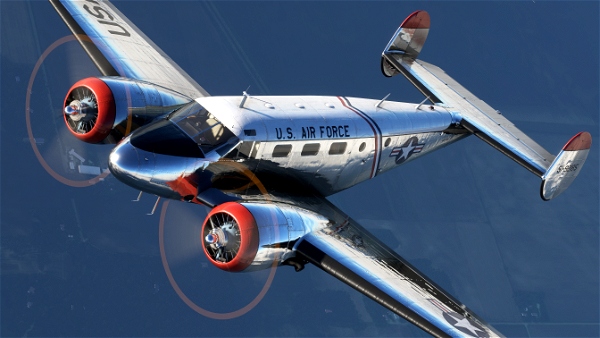 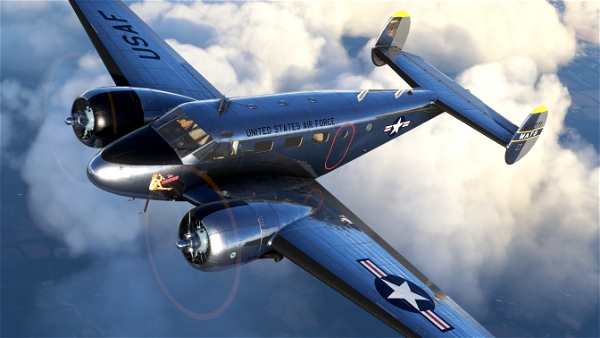 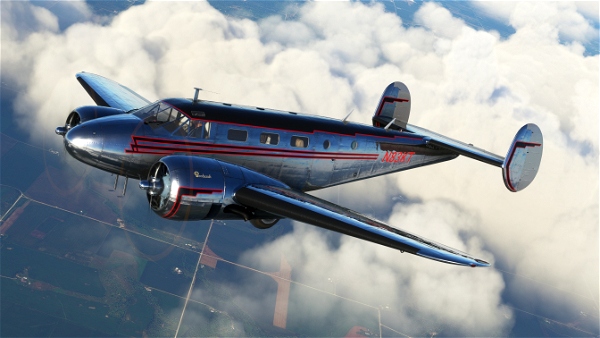 Upload Permission
You are not allowed to upload this file to other sites under any circumstances.

Modification Permission
You are not allowed to modify or improve my file under any circumstances.

Conversion Permission
You are not allowed to convert this file under any circumstances.

Asset Use Permission
You are not allowed to use assets of my file under any circumstances.

Create a free account now to be able to to keep track of your mods and their latest updates without struggle.

Show your gratitude by making a donation. This mod was brought to you by Bomber12th. You may donate if you like.

You don't have to pay, but we do.
Our website is made possible by displaying online advertisements to our visitors. Fair users download up to 10x faster and have to wait 5x less long than adblock users. Please consider supporting us by disabling your ad blocker.

Absolutely beautiful. Thank you for the hard work and dedication you put into this livery. I love it.

AH ! John you have forced me to add the Expeditor to my hanger !!! Beautiful job.

Another beauty John, thanks very much. Impeccable detail.

Roadmap
These items are currently on the list and will be processed soon!
Backlog
Suggestion, bugs and ideas for the future.

These users have donated to Bomber12th to keep him making awesome add-ons everyone can enjoy.

These add-ons may be required or recommended to use.

Why is this file hosted external?
There may be several reasons. Mostly, we have not yet been able to contact the owner of this file and ask him or her for permission to host the file on your own servers. Maybe the legitimate author does not like his file to be hosted elsewhere. Legally, we are only permitted to host files uploaded by the author himself or with explicit permission to do so.

The link is broken or not working?
Unfortunately, files which are not hosted on our servers are beyond our control. Please use the "Report" button on the bottom right of this page to report dead links and we will try to fix it. Thanks for your understanding!

What do you want to report?

According to the law, only the person or entity whose copyrighted work was stolen is entitled to file a copyright claim. Law prohibits us from processing third-party requests if you are not the owner, a legal agent or copyright holder of the content in question. We therefore ask you to contact the rightful author of the content and inform them about this issue. Only they can file a DMCA complaint.

We kindly ask you to understand that we cannot process copyright requests through this form, as we are required to receive such correspondence in the form of a formal complaint to comply with the Digital Millennium Copyright Act. Please familiarize yourself with the DMCA procedure and send us your notification to the address below. Please note that incomplete or invalid complaints will not be processed.

In accordance with our policy, we respond to notifications of alleged copyright infringement that comply with the Digital Millennium Copyright Act on the U.S. Copyright Office website and other applicable intellectual property laws. Our response may include blocking access to or removing allegedly infringing material and/or terminating accounts. If we remove or disable access to material as a result of such a notification, we may notify the owner or administrator of the affected content to provide a counter-notification.

Let us hear your voice!

You are about to report a comment for violation of our Community guidelines.

Remember to share your file with your friends and people all over the internet. This is the only way to make sure that as many people as possible come across your add-on!

By the way, you can also share a dedicated link to your file below!

Your current language setting is English. You are about to change your default language.